We spent a day at the centre of Bois Roussel, a non-profit based in Montigny-Le-Tilleul which welcomes disabled adults according to three key values: happiness through work, integration into society and human well-being.

Tiziana, 36 years old, is disabled and has been coming to the day centre for a few years.  Today, she is taking part in the workshop on how to make apple juice.  ‘I’m putting the lids on the bottles, then I put them in a tray’, explains Tiziana.

With 4 other disabled workers and a horticultural trainer, she makes apple juice from start to finish, depending on her strengths and her weaknesses.

Rewarding work, much more than a job

The idea behind this workshop is to give participants a sense of satisfaction from working and accomplishing a specific, recognised task.  To do this, the workshop is designed by considering the ‘outside’ world.  ‘Firstly, the people who bring their apples are welcomed by the workers who help to empty the crates’, explains Quentin Denuit, trainer and workshop leader.  ‘Then, the workers wash and press the apples, pasteurise and put the juice into bottles or cartons. As soon as the juice is ready, people come to buy it for a reasonable price per litre.  The outside world really appreciates this work’, he says.

So, each worker accomplishes a task in making the apple juice. In addition to this validation, the process is accredited by Afsca. Hygiene rules which apply to any production of food products are complied with.

Two other production workshops are also recognised by Afsca, the ones which produce cheese and honey. In the same way as for the production of apple juice, the workers make the cheese from start to finish and look after the apiary during the year, including when it’s time to collect the honey. 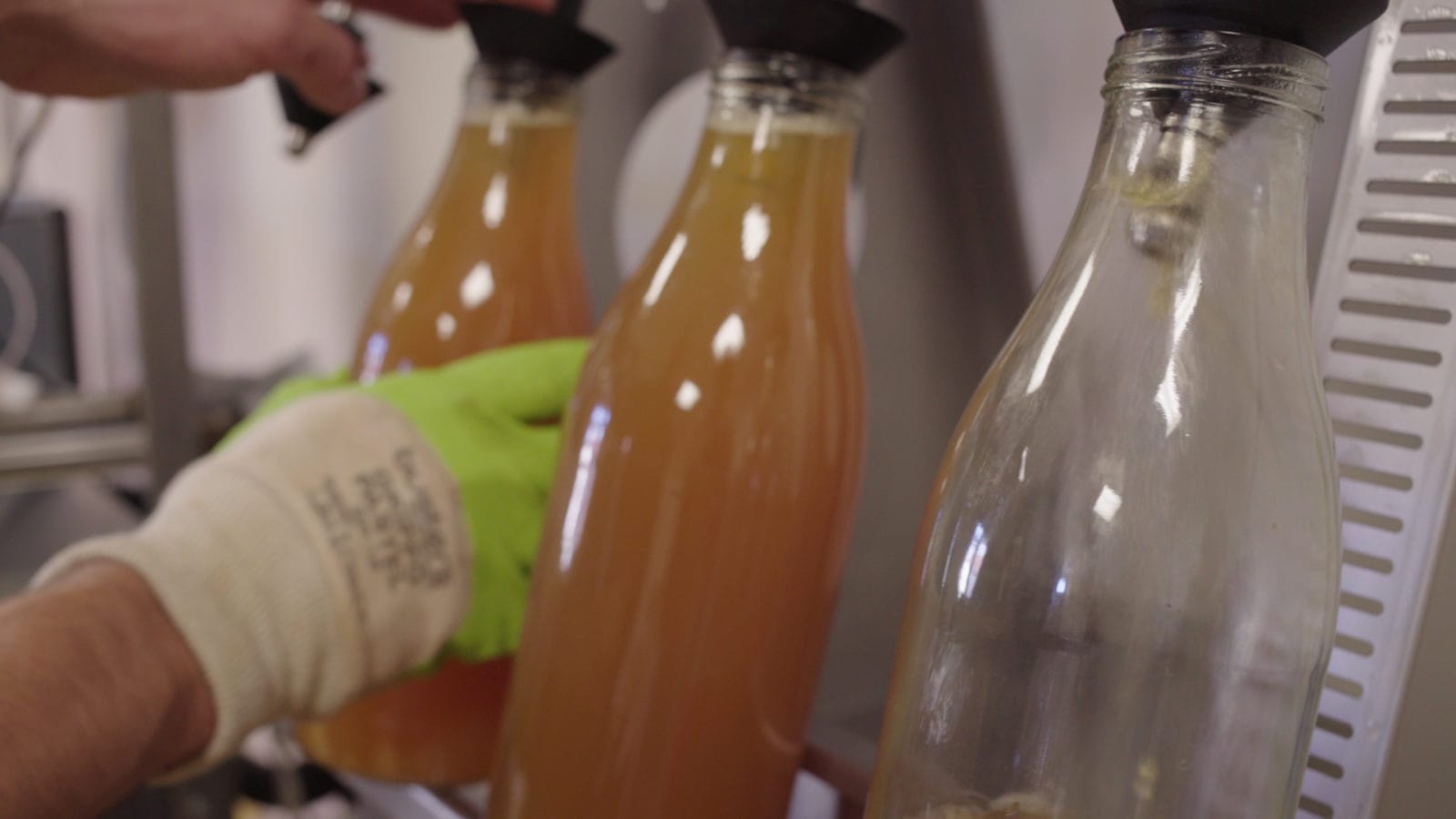 A significant connection between producer and consumer

In order to sell the various things produced at Bois Roussel, the workers open a little shop in the centre every Friday, from 9:00 a.m. to 3:45 p.m.  They are responsible for stocking the products, welcoming customers, serving them and cashing up.  ‘Some people with autism have learnt to count through exercises and practising at the till in the little shop.  It’s impressive to see the progress in just a few months through tackling the task’, explains Julie, trainer and cheese producer at Bois Roussel.

Bois Roussel is also an official supplier to the Chevaliers de l’Abbaye d’Aulne. It makes two cheeses on their behalf.

Other contact with the outside world: school tours.  ‘A lot of Year 4 and 6 primary school groups from the region come to visit Bois Roussel and find out about the different workshops’, explains Jean-Marie Grimard, the centre’s director. He adds: ‘The children ask the workers questions about how the products are made and the workers are happy to answer and feel valued. A worker proudly told me that he had been called Sir by a child’.

Learning expression through art and sport

A number of events are also organised at the centre to value the work of these special adults.  Other workshops are organised in addition to the production workshops, including one dedicated to expression.  ‘Here, the participants express what they are feeling through drama, music, art, pottery, etc. Their work will be shown to the public, via an exhibition, for example.  In fact, we have won the Grand Prix de la Chanson several times in Charleroi’, Agnès Genicq tells us, trainer responsible for the creative workshop.

Another workshop focuses on sport. Some years, the workers take part in the Paralympic games.

A number of social events are also organised at the centre: a Christmas party, an exhibition, competitions, etc. Generally, the workers, staff and close family help to organise events.

Activities useful for the well-being of the workers

Bois Roussel primarily focuses on the well-being of the workers. The workshops last a maximum of two hours. The number of residents is limited to 24 in order to have a limited number of participants per workshop. During the day, a workshop is organised in the morning and another in the afternoon. A full meal, prepared by the workers at the cookery workshop, is served at midday.

In addition to these different workshops, holidays with the workers are planned each year as a reward.Workers and staff go away together for ten days to have a good time.‘The workers themselves choose what they want to do: restaurant, walk, visit, etc. Recently, we went to an animal park at their request’, explains Jean-Marie Grimard.

Out of the 24 workers, 4 of them live in accommodation, supervised by the centre.  ‘My aim is to learn to cope by myself.  At the moment, I live with my parents but I want to learn how to cook, how to do things on my own… To be independent.  This will be especially important when my parents are no longer around’, says Delphine Dewinter, worker who arrived at Bois Roussel a month ago.

One of the aims of Bois Roussel is to support residents in becoming more independent, depending on each person’s own abilities.