Le Pacrock, in Pont-à-Celles, it’s now an affair of the heart for many music fans. More than 6,000 people go there each year to listen to concerts for a weekend. A musical adventure which shows no sign of stopping.

‘We launched the festival in 2003. At the time, we were organising small concerts at the Maison des Jeunes de Pont-à-Celles. And then, little by little, the festival grew’, explains Alexandre Francart, festival coordinator. ‘By 2011, we were scheduling big well-known artists from the pop rock scene. We were getting 3,000 – 4,000 people per day, it was crazy.  In 2012, we decided to make it more of an alternative music festival.’

The concept of Pacrock is to discover something that you wouldn’t see or hear elsewhere. ‘We no longer want to showcase artists who already tour everywhere in Wallonia, we want to have other names,’ explains Alexandre Francart. To choose groups, the organisers have a partnership with the cultural platform Vecteur for the electro techno event on Friday evening and with Rockerill for the one on Saturday evening.

The original programme enables you to discover unknown artists

The alternative spirit is also evident in the festival’s site. The site is located in the parc du prieuré, between the village church and a railway line, the length of a road lined with 100-year-old trees.

The catering approach is also alternative. ‘We are supplied by local producers for meals and drinks, we have installed composting toilets, we established the principle of the reusable cup, recycling, minimising plastic use, etc. The decorations are made with recovered materials,’ explains Alexandre Francart. Several associations are also present on the site. 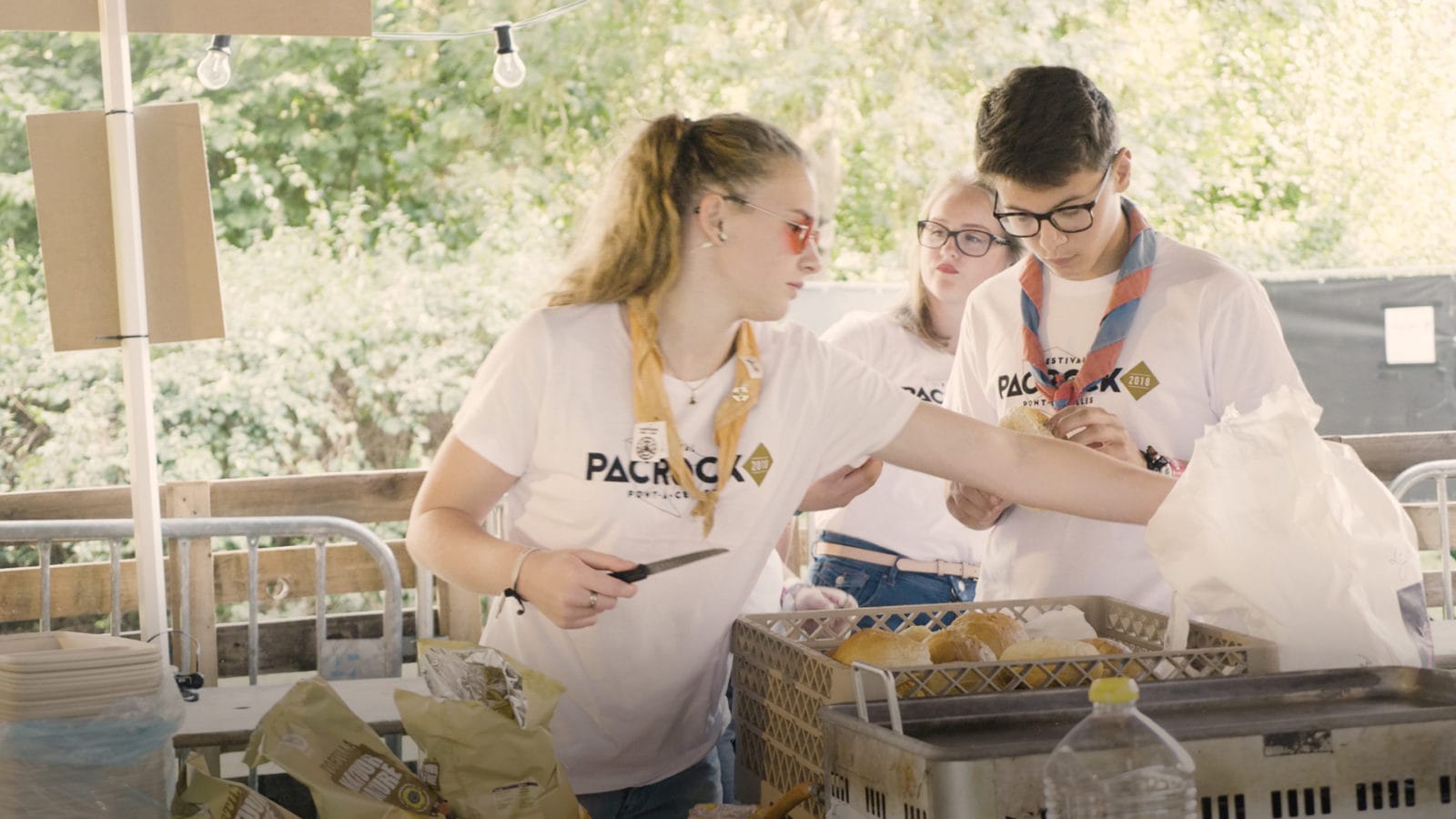 Organised by a team of motivated volunteers

Although the festival requires a high level of organisation, feedback is very encouraging. ‘I am in charge of finding and managing groups of volunteers. It’s all a case of logistics, in addition to my normal schedule, between work, family… At the same time, when I see the result, I am really happy,’ explains Julie, volunteer manager. ‘I’m happy that the festival is continuing, I really want my children to experience it.’

More than 60 volunteers are required for the duration of the festival, from the Friday to the Saturday.

Pacrock, symbol of the village

The festival goers are fairly diverse. A large number of people from Greater Charleroi, of all ages, come to the site, mainly due to the proximity of the event. Others come from further afield, generally to enjoy the concerts or just for the atmosphere.  ‘Depending on the line up, the audience comes from Brussels, le Brabant Wallon, Liège, Namur… They are generally music fans, open to the music that we are offering,’ explains Alexandre Francart.

There are also some tent pitches for those coming from far away or for those who don’t have a mode of transport.

Source of inspiration for other events

‘If other local residents were interested in organising a festival in their borough, I would tell them to define their niche. Greater Charleroi residents are very open, they enjoy events which are out of the ordinary,’ concludes Alexandre Francart.