In the heart of the borough of Thuin, explore the impressive ruins of the Abbaye d’Aulne, where the past and the wild coexist in harmony: a moment of serenity in a haven of peace.

This place, nicknamed ‘the valley of peace’, was not chosen at random by the Cistercian monks in the twelfth century. The Sambre, the woodland and its geographic position close to Charleroi determined the site of the abbey and its outbuildings.

Looking for a grand past

Today, the structure of most of the buildings is still visible. On the site, you can explore the church, cloisters, tower, orchard, inner courtyard or even the garage, in ruins or still standing.

The irrigation techniques are impressive: ‘You can explore more than 2.9 km of water network.  That is unique in Europe’, explains Swamini Decuir, guide at Thuin Tourist Office. ‘The monks established an irrigation system which was very sophisticated at the time: one circuit for drinking water, another for waste water and another for rainwater.  There are 3 drains that lead to the Sambre’, she says. Water played a major role on the site. Close to the abbey, 6 ponds provided the monks with fish for their personal consumption.

You can discover a water network measuring 2.9 km, unique in Europe

You can tour the ruins with or without a guide. A notice below each wall tells the history of the ruins.

Multiple excuses to explore the place

Although the ruins are impressive, they stand out primarily thanks to their timeless aspect. ‘I find the place inspiring… I have the impression of being somewhere else in Belgium’, says a passing visitor.

The place has also inspired a producer from Antwerp, Kristoff Leue, to film an episode of the series Mister Right. Its Chinese director, Xiao Feng Yao, filmed in the entrance, cloisters and old church. The audience for this series, which is very popular in China, exceeds 380 million viewers.

Thuin Tourist Office has invested in a game for exploring the abbey. It developed a fun application around the history of the place, ‘The Mysteries of the Abbey’. It also suggests activities in an ancient games module or blind tasting of the abbey’s beers, amongst other things. 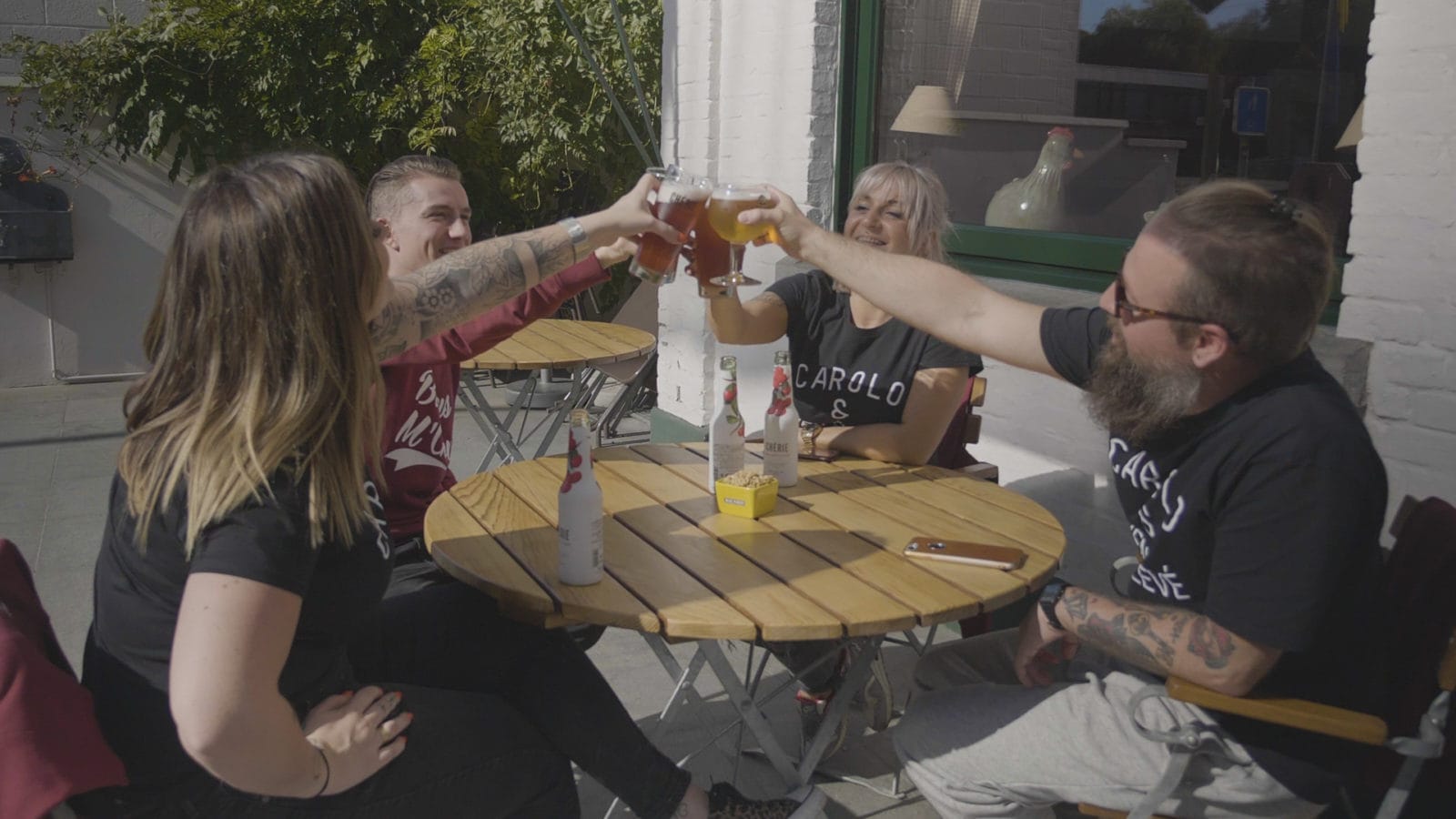 Perfectly located for a day with family or friends

The ruins welcome many visitors in family groups or in the context of events. ‘In 2018, approximately 10,000 visitors visited the site, ⅔ individuals and ⅓ on an organised tour. We hope to increase this number each year’, explains Swamini Decuir. In the future, the Region of Wallonia, owner of the site, intends to invest in expanding the walking trail and moving the mill to the interpretive centre.

Visitors can end their day with a pleasant timeless trip to one of the eating establishments. The brasserie la Guinguette, for example, opposite the lock, offers regional specialities. The restaurant, Les Caves de l’Abbaye d’Aulne, located in the cellars of the abbey, is a wonderful extension of an exploration of the old stone buildings.

A number of city residents visit the abbey by bike from Charleroi.  The trail, from the city centre to the abbey, follows the Ravel along the Sambre and is no more than 12 km. ‘We hired electric bikes at Charleroi railway station, it’s convenient’, explains Pauline, at a team building event at the Abbaye d’Aulne. ‘We allowed 30 minutes to get here, it’s ideal’.

The ruins are also accessible by train or car.

In the coming years, various projects, such as the installation of a spa, should be developed close to the abbey.

The Brillo cooperative at Charleroi railway station. Everything for cyclists.

Created in 2004, the coopérative Brillo offers various services for cyclists. It rents out both electric and traditional bikes, and repairs and sells recycled bikes. ‘We have recently launched a campaign ‘a  bike for life’.  As a parent, you buy your child their first bike for 65 euros. When the bike is too small for them, we exchange it for free.  The contract ends when your child gets their first adult-sized bike’, explains Malcom, employee at Brillo. The idea is to increase sales of recycled bikes.  Two people work in the cooperative.

Nicolas Gea created the brand Tshirt Mania in 2011. He sells customised clothing, mainly to do with the Charleroi culture.  He sells his products in an online shop and at various creative events and markets.  After making himself known thanks to various points of sale, at l’Eden for example, he established his shop on rue de Dampremy.  It is the first shop to sell official souvenirs of the city of Charleroi.  Three people work in the start-up.