These ancient fortresses offer up a magical setting, perfect for getting away from everyday life. How about visiting a different era for an afternoon?

Here are 10 activities that will bring out your inner child.

The Castle at Chimay dates back to the end of the ninth century. Archaeological digs have revealed that a church was constructed there around the year 887. The castle is built upon a rocky outcrop that juts out over the Eau Blanche River. The Chimay region, renowned for its fertile soil, forests and highway network meant that it was a strategic site for this edifice.

Stroll around the castle using an interactive tablet and solve all the puzzles of this impressive residence. Behind the door of the main building: period furniture, paintings and ancient artefacts are just waiting to transport you back in time. The knights’ armour on display is bound to delight our younger visitors (and older ones, too).

The Little Theatre is a personal favourite of ours. It represents a miniature replica of Louis XV’s theatre at the castle of Fontainebleau, with its red velvet seats, plush curtain, balconies… and seating for 200 people. The chapel, to the right of the main building, is particularly well preserved. It has charmed many a visitor by managing to be both luxuriant and austere. 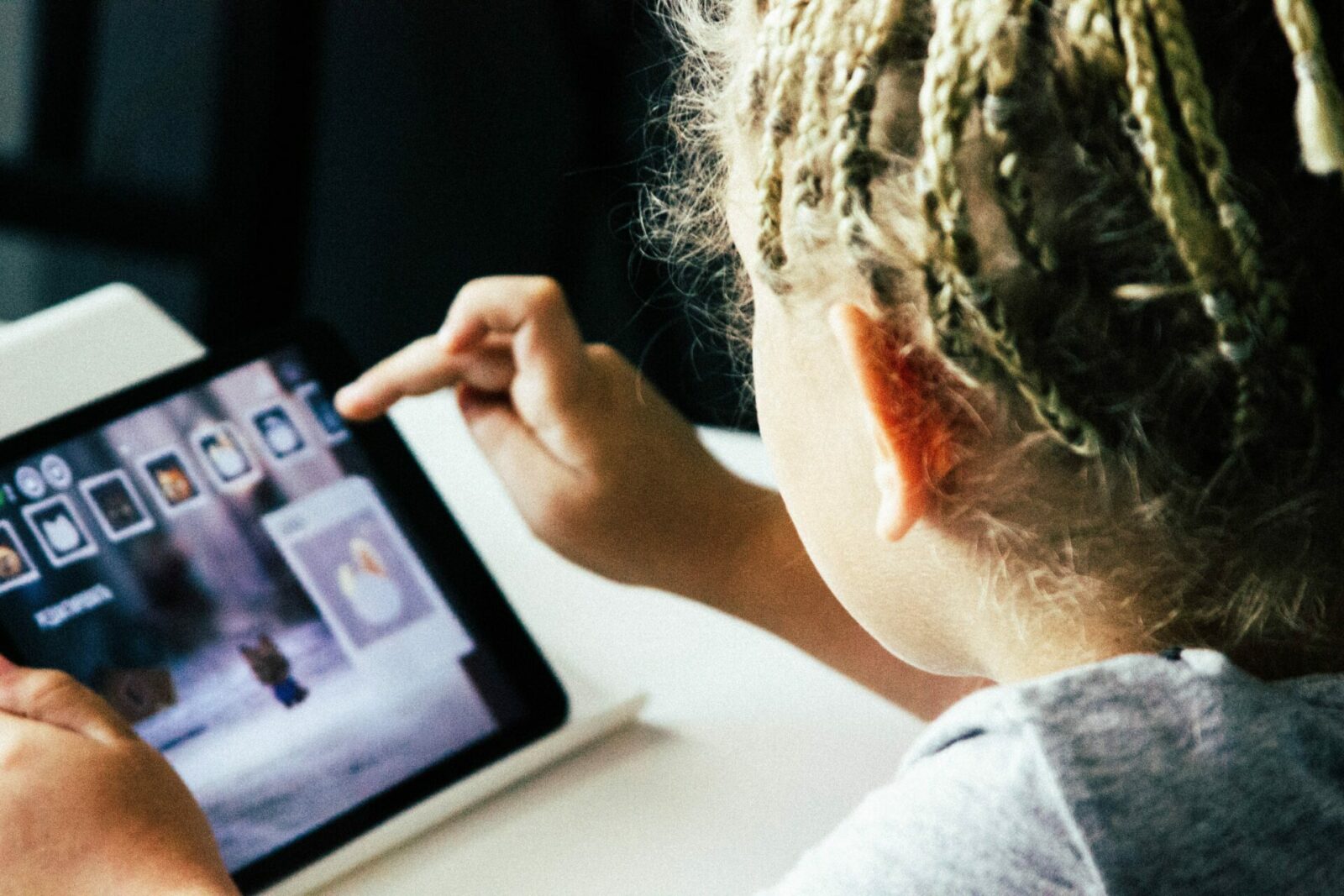 Getting married at Monceau Castle

The Castle at Monceau dates back to the feudal era. At that time, it played an important political role in the region. Over the years, it fended off the many attacks that it endured. Also, the noble families who were successively to occupy the castle made many changes to its architecture over the years. Louis XIV stayed here in 1665, at a time when he was fortifying Charleroi during his military campaign against the English Crown. In 1936, the castle was bought by the municipality which decided to restore it completely in the late 1990s.

Today, the building can be hired as a venue for activities and events. Many couples choose this symbolic place for celebrating their nuptials. The municipal park that surrounds it plays host to many festivities, from the music festival to the “Pasquetta”, a cultural and family-friendly event held on Easter Monday. 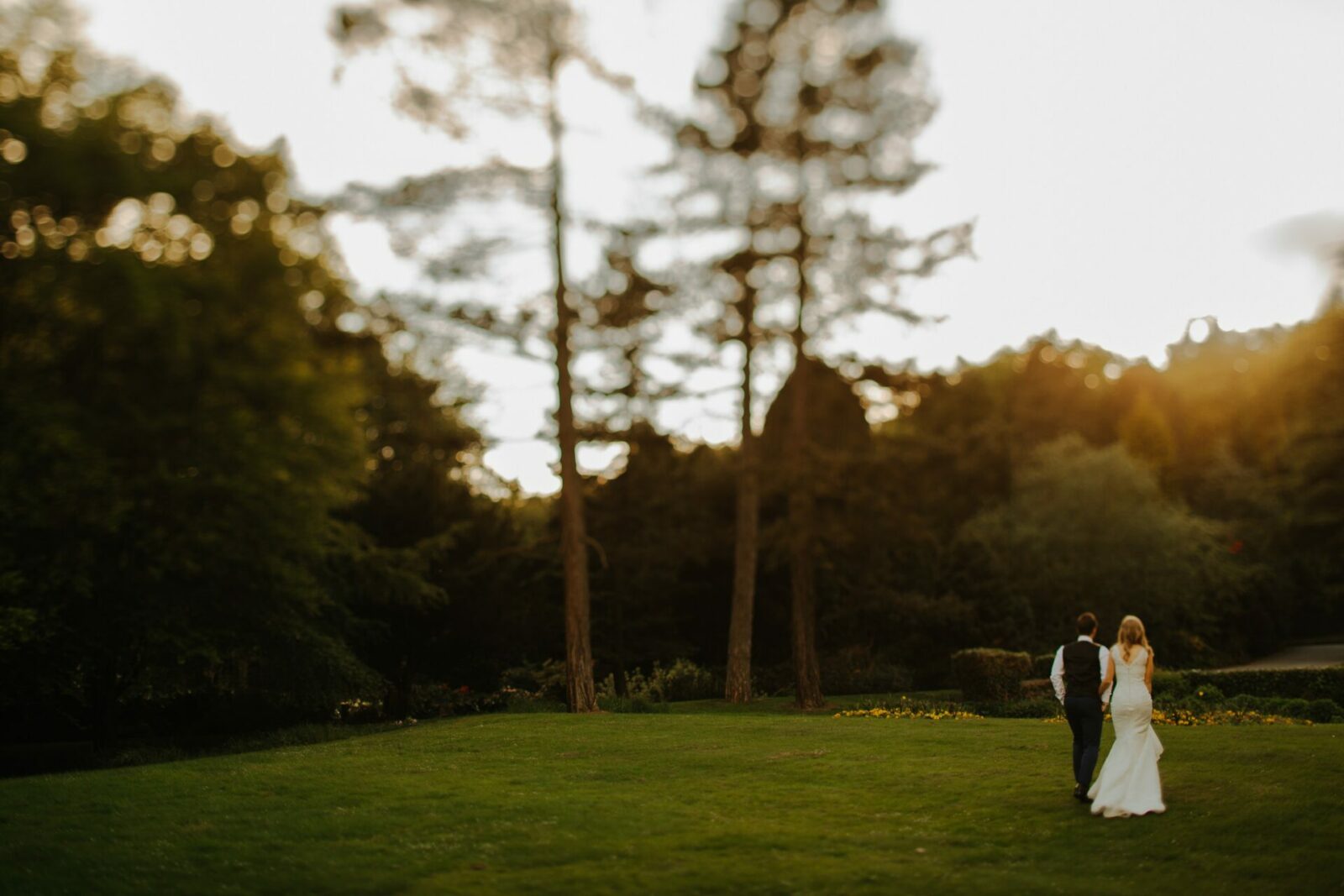 Dine at a medieval banquet at Thy-le-Château Castle

This 12th century fortress has undergone many transformations over the centuries: beginning life as a stronghold, it was turned into a brewery in the 19th century before being subject to major restoration works in the 20th century.

This small citadel is currently unoccupied. However, it is available for hire for a wide range of events. Its inner courtyard, its tapestry-adorned rooms and its period fireplaces transport visitors right back to the feudal era.

This impressive building is now used for the viewing of major football matches when stands are set up inside. Medieval banquets can be organised in the castle itself.

This castle, located in the Biesme Valley in the municipality of Gerpinnes, dates back to the end of the sixteenth century. At that time, it took the form of a fortified quadrangle. Over time, changes were made to its architecture. Today it consists of a lone tower to the north-west of the site and two wings to the east and the south. The estate comprises over 8 hectares of land (gardens, ponds, meadows, woods…) and 800 square metres of buildings, comprising 49 rooms.

In times gone by, the castle belonged to the family of our Queen, Mathilde d’Udekem d’Acoz.

Each year, the folklore marches of Saint-Roch and Sainte-Rolende pass by this castle. Cross the threshold of this beautiful domain and be greeted by the sound of fife and drums!

Celebrate your birthday at Trazegnies Castle

The fortified castle of Trazegnies, in the municipality of Courcelles, has been called home by some of Europe’s most illustrious families. Many of them were the lords of Trazegnies who carried arms during the crusades. The castle, destroyed in the 16th century, has gradually been restored over the years.

Visit this building and discover the Gothic and Romanesque cellar, the parquet flooring, the fireplaces in the castle’s great halls and the Saint-Laurent chapel.

It is also available to rent for events and seminars. What finer place in which to celebrate a birthday? 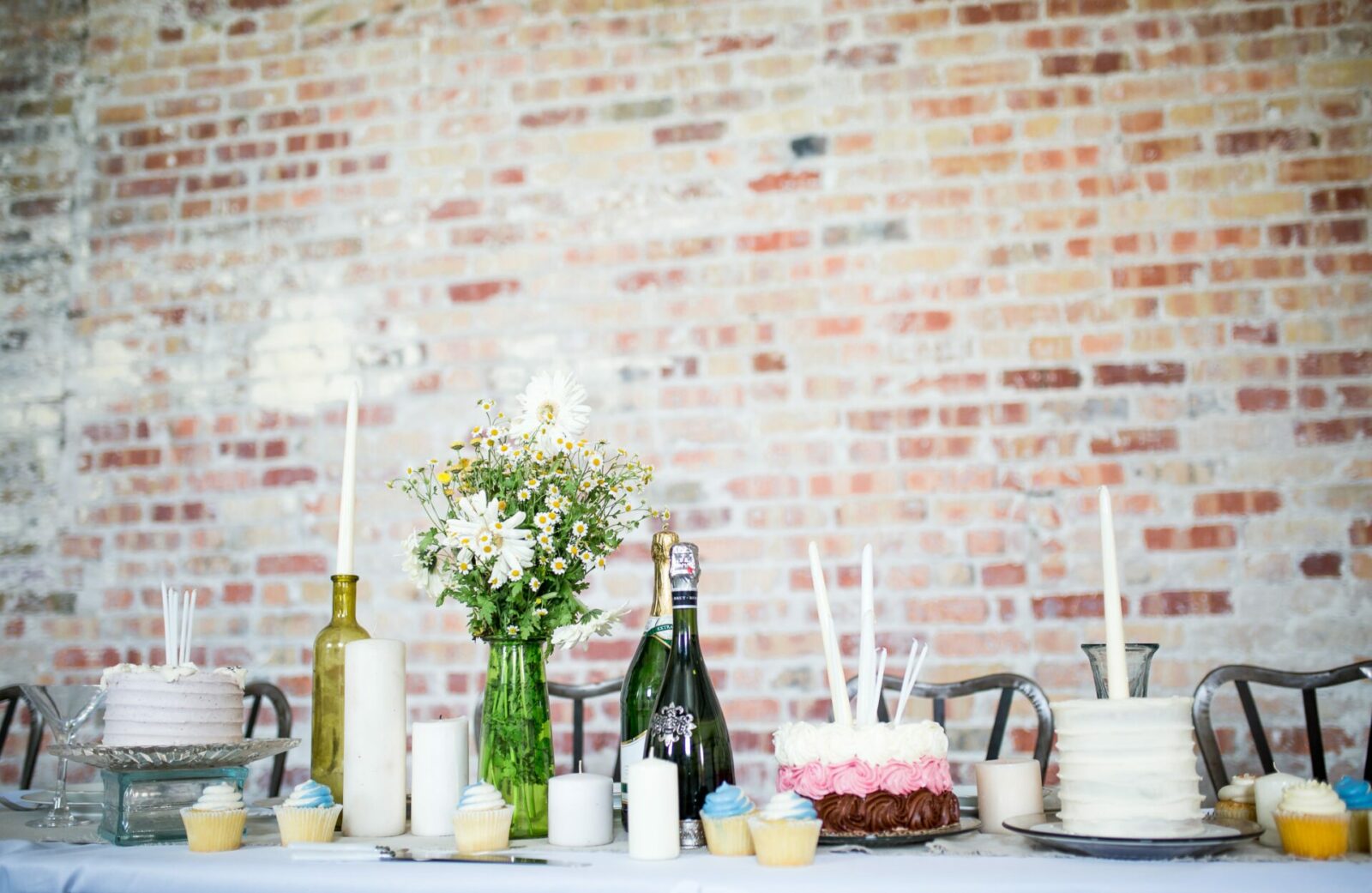 Explore the medieval moats of the Solre-Sur-Sambre Castle

The fortified Castle at Solre-Sur-Sambre, in the municipality of Erquelinnes, is one of the last vestiges of the region’s medieval period. The first indications of its existence date back to 1093, with the Lord of Barbençon. This medieval gem is located right in the heart of the village.

Whilst the fortified castle is private property and therefore not possible to visit, the outdoor park is free to access. Like an intrepid explorer, take the path along the moats and look at the stone bridge with two arches, machicolation, the towers… These architectural elements provide us with a glimpse into the lives that were lived in these places, among knights and noblewomen, carriages and castle life.

The fortified castle at Feluy dates back to the 14th century. Numerous transformations were required over the centuries for it to reach its current appearance: a sprawling estate that seamlessly marries together Gothic, medieval and classical styles. Entering the domain through the dungeon, you discover a charmingly landscaped park. Then it’s time for a stroll along the terraces and waterfront.

This building boasts 3 stylishly decorated function rooms. It makes the perfect setting for both private and professional events, especially seminars and conferences. 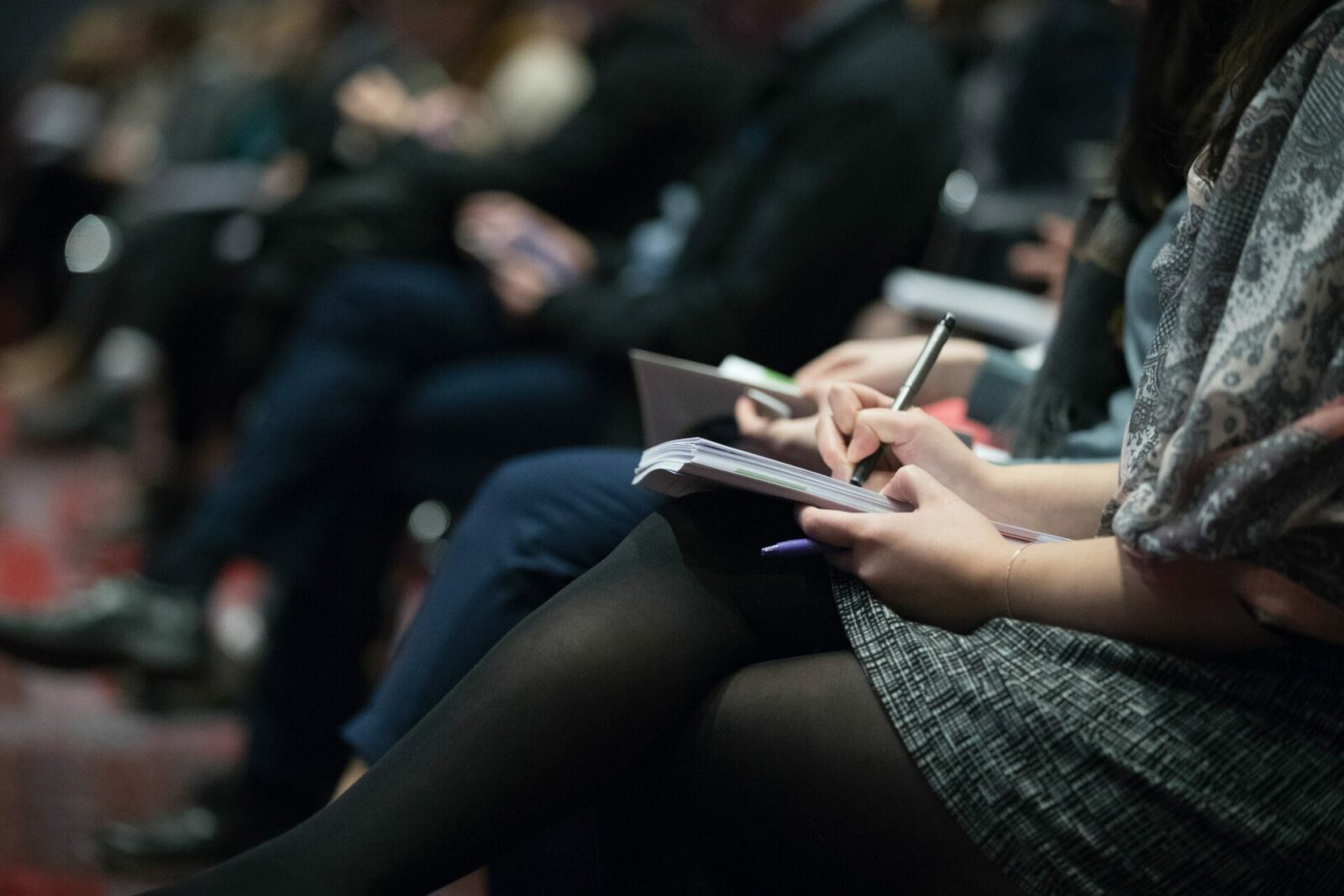 Bivort Castle, now the municipality’s town hall, dates back to the 13th century. It was entirely reconstructed in the 16th century. Enter through the impressive portal and discover the Gothic chapel: a small architectural marvel.

Once the doors are open, it’s time to start discovering all of the castle’s secrets. Find the map hidden on the ceiling on one of the rooms upstairs, the medallions along the Louis XV staircases, the Leernes coat of arms engraved into ancient chimney-breasts…

A bike ride at Seneffe Castle

This magnificent domain dates back to the 18th century. It consists of a beautiful 3-storey dwelling, a theatre, an orangery, an aviary and a landscaped park. The neoclassical castle currently houses a silverware collection as well as temporary exhibitions.

Hire a bike and discover the sprawling park. There you can admire the 22-hectare English garden, the French garden or even the romantic isle.

The Castle of Ham-sur-Heure-Nalinnes, occupied by the communal administration since 1952, belonged to the Counts of Mérode. Whilst there are no traces of the construction of the original fortress, and no clues as to what form it initially took, mention was first made of it in conjunction with a 13th century wedding. Over the centuries, a series of changes was made to the monument.

In addition to the administration, this majestic structure houses the library and museum of rural and artisanal life.

You can organise receptions in one of the 10 rooms available for hire. The garden is free to access. It is a favourite spot among the locals who often head there to read a book, or for a breath of fresh air.

Tuck into a medieval banquet, stroll around the park, play in the Gothic chapel or welcome guests to a magical place… There is no shortage of activities on offer in the region’s castles. All you have to do is organise an outing with friends or family and you can take the time to appreciate this rich heritage, right on your doorstep.