Down the winding lanes that criss-cross the Thuin countryside there stands out an impressive homestead, dating back to the seventeenth century: Forestaille Farm. We went knocking in a bid to discover what it looked like, who lived there, what its history had been and what was happening currently to make this structure so unique.

Forestaille Farm is made up of…

• homes
• a holiday cottage
• training sessions for agri-ecological market gardening and maintaining green spaces especially for jobseekers
• a shop selling produce from the market garden
• a remarkable building and 21 hectares of nature with high biological value
• … and many other projects which make good use of the site whilst promoting the environment, local roots, social ties, sustainable produce… 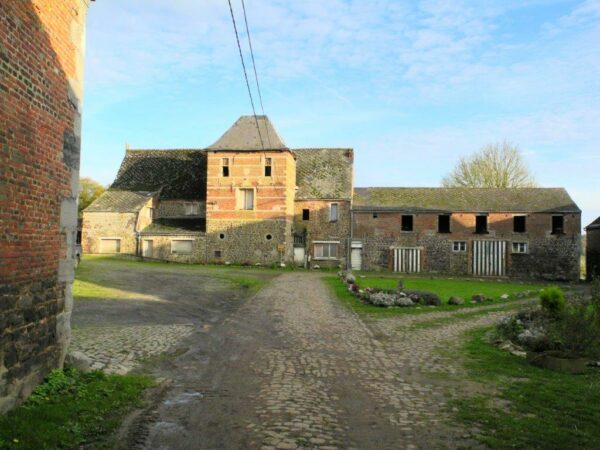 Reconverting a site left to rack and ruin

In 2008, the Walloon Housing Fund acquired the buildings and the surrounding 21 hectares of crops, meadows and woodland. Major renovation efforts were required to restore it from its dilapidated state, and this also provided a prime opportunity to reflect on what it might be used for. The reconversion project focused on sustainable development, whilst respecting the architecture and rural aspect of the location, with a drive to get citizens to participate actively in the work.

Forestaille Farm aims to be a place that stays true to its rural roots, to be a way of reaching out to people who have found themselves on the fringes of society, a tool for educating people about the environment and what we eat, and a key part of the region’s social and economic fabric.

To bring the site back to life and get it up and running, the Walloon Housing Fund decided on three priority areas when it acquired the site. Notably:

Thanks to the jobseekers who come to Forestaille Farm as interns, the project brings the whole site alive, maintains the natural pasture and green spaces (including a pond, a conservatory orchard for standard fruit trees, and a lagoon for purifying the site’s wastewater), as well as developing market gardening activities and selling the produce in the form of fruit/veg boxes or at the local weekly market. This inspiring place gives jobseekers the opportunity to reconnect with nature, to develop their skills and it encourages them to work on personal and professional projects through an integrated insertion policy.

At the same time, the Housing Fund has brought in the consulting services of the not-for-profit association NATAGRIWAL on how to maintain the land and natural pasture with a high level of biological value that surrounds the site. The aim is to make it a focal point in the South of Hainaut from which to raise awareness among farmers and other environmental stakeholders about different ways of cultivating the land. 5 hectares are used as agricultural land, whilst the site has been expressly designed to preserve and promote biodiversity.

There is no shortage of ideas about where the site’s redevelopment might go from here. In addition to renovating the ‘Régie’s’ future offices in one wing of the farmhouse, the idea is to build on everything that has been learned about restoring green spaces and make the market gardening sector a key part of the ‘Régie’s’ rural habitat through various projects: replacing fences, acquiring light agricultural equipment, hiring a horticultural worker, or even setting up a cannery to process and preserve fruit and vegetable production… The cannery project would also draw more customers to the site, make it possible to host workshops on cooking, processing and preserving, and to train future interns on these methods.

Forestaille Farm certainly doesn’t lack ambition or ideas about how to develop the site. In the longer term, the project managers are hoping to set up a brasserie there which would showcase the products grown by the ‘Régie’. They are also considering dedicating certain spaces to handicrafts, training companies or social economy activities.

Forestaille Farm is a wonderful example of redeveloping a building previously left to rack and ruin, where there is no shortage of ideas about the site’s new lease of life and where several different essential functions coexist under one roof, all with the same goals of respecting and conserving the environment, promoting local socio-economic growth, heavily involving local partners and creating social ties. A project with heaps of potential and a fantastic source of inspiration! 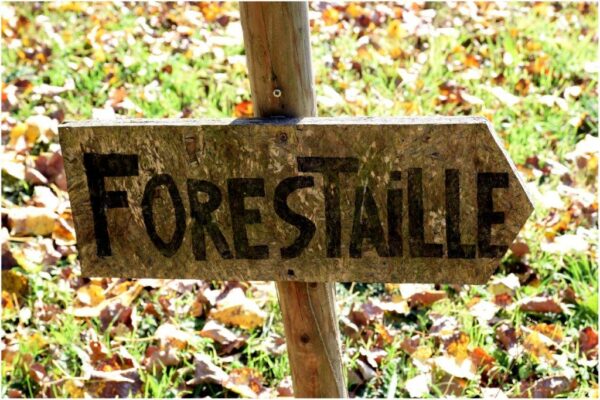