We asked Thibault Baras and Jean-Michel Ballaux, two well-known faces of the studios DreamWall and KeyWall, established in Marcinelle next to Dupuis, to tell us about the steps to their success: from the first animated images to the feature-length films for DreamWall, and from the creation of virtual décorsto the integration of virtual images at the World Cup for KeyWall.

DreamWall is one of Belgium’s top animation studios, having been nominated for Oscars. Whereas, KeyWall is Belgium’s top high-tech virtual film studio. When we know that these two studios, established in the heart of Charleroi Métropole, are internationally renowned, it’s really time to find out about their secrets.

The animation studio DreamWall was created in 2004. ‘At the end of the ‘80s, all of animated production had gone to Asia due to cost. The idea behind DreamWall was to relaunch the production machine, after 25 years of absence from the Belgian market, without any expertise or experience’, says Thibault Baras, managing director of DreamWall and KeyWall. ‘We benefited from the implementation of Tax Shelters and a restructuring of the RTBF to relaunch the business in Charleroi’, he adds.

In 2005, the first animation tests were carried out. For this founder, they were more or less conclusive.

One thing led to another and DreamWall’s team of 36 people has tripled in 10 years. The projects are becoming more and more complex, and technically more interesting. 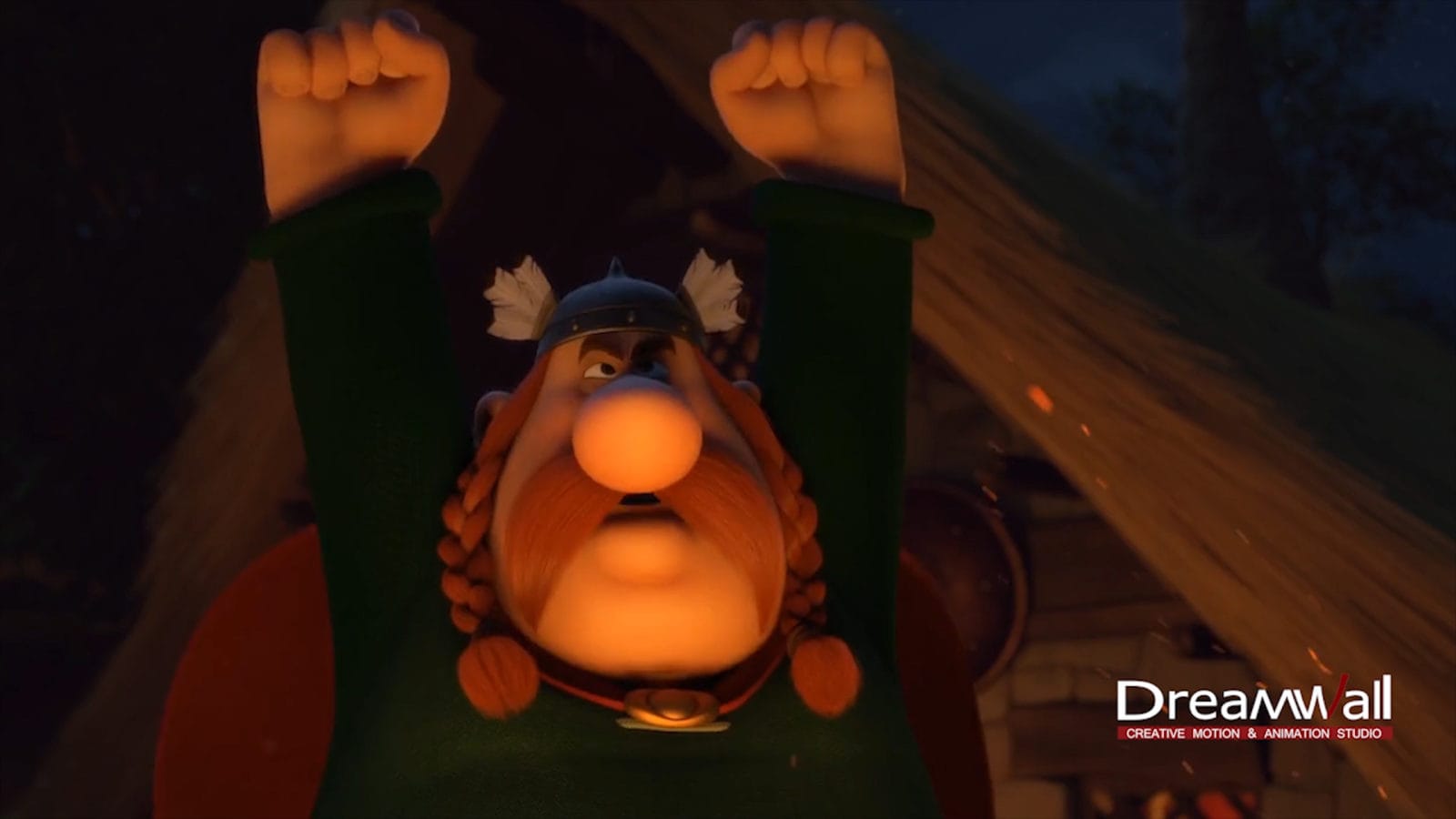 ‘Asterix: The Mansions of the Gods’ particularly demonstrated the extraordinary skills of the animation studio DreamWall

For Thibault Baras, the lack of skills (in animation, illustration, décor or even layout) was the first and the main difficulty in launching DreamWall. What’s more, the absence of experience delayed understanding actual animation techniques.

The DreamWall team therefore started to gradually train themselves in making décors, designing and creating animation through different projects. ‘This continued for about five years before we started to see real results. Recognition for actual specific skills came with the success of Asterix’, he says.

In 2012, the film ‘Asterix: The Mansion of the Gods’ was released. It sold more than a million tickets in France which gave DreamWall huge exposure.

The success of different projects would continue to legitimise the film studio. In 2014, the animated film ‘Wolfy, the Incredible Secret’ won the César Award for Best Animated Film. In 2018, the film ‘Zombillenium’ was nominated at the César Awards.

‘Wolfy, the Incredible Secret’ which won the César Award for Best Animated Film made DreamWall known throughout the world

In parallel to the animated films and series, DreamWall also makes TV credits for several French channels. It is also DreamWall that makes the credits for the weather forecast on RTBF.

A full agenda for the next two years

Several projects are currently on the table. ‘Vicky the Viking’, ‘Boule et Bill’, ‘Abraca’ or ‘Gaston’ (for a theme park) are currently being made. The production of ‘Yakari’ in 3D has started. It will employ around 20 people for 7 – 8 months.

DreamWall is constantly on the lookout for people with specific skills, conducive to animation, with advanced expertise. ‘The high number of creative projects means that we can recruit a lot of people’, explains Jean-Michel Ballaux, director of the DreamWall studio. ‘I especially want to concentrate on how interesting a studio like ours is. Thanks to its limited size, we guarantee that all new employees will be working on interesting projects of an international magnitude’.

We should soon see the latest creations on our screens.

KeyWall’s décors on televisions throughout the whole world

Just next door, in the same buildings, we find another studio, closely associated with DreamWall: KeyWall, specialist in virtual décors and effects.

The film studio has a green screen called ‘Green Key’, for superimposing virtual décors on live or pre-recorded television. ‘KeyWall developed an innovative technology to make special effects in real time. To do this, the same techniques are used as for video games, to give television an immersive aspect’, explains Thibault Baras. This technique uses an ‘Unreal’ video game engine, well known for making popular video games. It also enables augmented reality which means adding virtual elements to real décors.

A benchmark for the television of the future

The virtual film studio gained a high level of exposure in 2018 at the World Cup. The most watched channel in Europe, specifically TF1, hired its services for its programme dedicated to the football World Cup.

KeyWall created a virtual stadium in the form of a virtual extension added to the real décors of the set. Fully virtual immersive sequences were also created to introduce the French team’s formations and the world in which the players have evolved.

Finally, KeyWall also created a buzz with the teleportation of the Red Devils [Belgian national football team] to the RTBF set. Eden Hazard, Axel Witsel or Thibault Courtois were on the RTBF set for a live interview whilst they were in Moscow. The studio projected a 2D image of a player onto the set, just next to the journalists. This virtual effect gave the audience the impression that the player, who was in Russia, was actually present on the set.

With this performance, KeyWall became an important benchmark in the television world. A number of projects are currently in progress.