Sunday 22 August sees the inauguration of the House of the Black Bee in Virelles.

This project, which has been jointly run since 2016 by the not-for-profits Mellifica and Virelles-Nature, aims to safeguard the black bee populations (seriously under threat) but also to document and promote a beekeeping method that respects biodiversity.

So what’s so special about this black bee?

The black bee (also known as Apis mellifera mellifera) is the Western European subspecies of the honey bee. This ancient subspecies (which first appeared about a million years ago) is one of the most important and most efficient pollinators in our surroundings. It plays a crucial role in maintaining biodiversity, wild flora and ecosystem stability.

Blacker in colour, this honey bee has an exceptional ability to adapt to its environment and varying climatic conditions. Its hardiness allows it to fly at lower temperatures than other species.

In 2016, it was included in the “Slow Food” label scheme, which seeks to promote good, clean and fair food, including the preservation of endangered species. 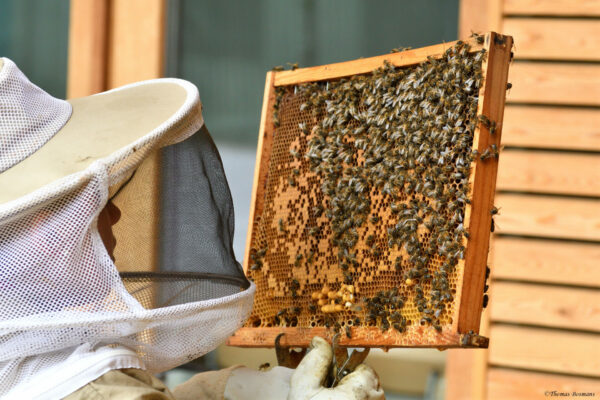 A bee in danger of dying out

In the 19th century, black bees were the only ones found in Wallonia.

However, around 1850, some beekeepers started looking to other breeds which mated with the indigenous bees. This mating led to cross-breeding and back-cross-breeding of bees of different species and led to a deterioration of the stock in favour of an adulterated, often more aggressive, bee.

Today, mainly as a consequence of this crossbreeding, the black bee and its exceptional and irreplaceable genetic heritage have disappeared from large swathes of Belgium.

A protected zone in Chimay

Since 2004, the entire municipality of Chimay has been a protected zone for the black bee. Since then, the black bee is the only bee authorised for breeding in the area. In 2015, the municipality of Momignies followed the example of their neighbours and introduced similar protection measures.

The not-for-profit Mellifica and the Aquascope of Virelles

The not-for-profit Mellifica, founded in the wake of the decision to make Chimay a protection zone for the black bee, brings together nearly 350 Belgian beekeepers, but also many others from neighbouring countries.

The association’s aims are the study, conservation, breeding and promotion of the West European black bee.

To pursue its aims, this not-for-profit set up a partnership with the Aquascope of Virelles. Since 2016, they have been working together on the “House of the Black Bee” project, which formally opens its doors on Sunday 22 August. 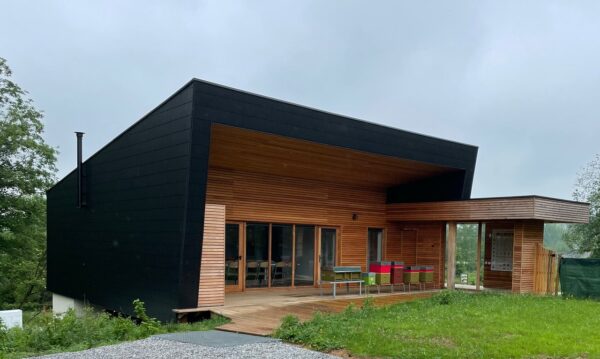 The House of the Black Bee

– To promote beekeeping practices which respect biodiversity and are more sustainable;

– To contribute towards protecting and restoring Wallonia’s black bee populations;

– To meet the growing needs among the public and beekeeping professionals for information and training;

Keen to find out more about the fascinating world of the black bee? Visit the Aquascope of Virelles on Sunday 22 August.

Hubert Guerriat (President of Mellifica), Alain Bouchat (President of Virelles Nature) and Vincent Scaillet (Director of the Aquascope of Virelles) will unveil this amazing project to you at the Honey and Nature Festival which has a wide range of activities that are sure to delight visitors of all ages.